"It’s show and tell time," Mrs. Reeves, my first grade teacher, announced, "Who would like to go first?”
Before she finished speaking, my hand shot up. I waved it rapidly to get her attention as, “ME, ME, ME” I squealed.

“Teri, I think you have something to share with us.”

My face lit with a grin as I popped out of my chair, snatching the bag at my feet. “Mrs. Reeves may I use the globe?” She set it on her desk within my reach. 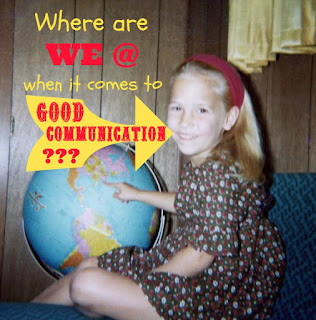 “Here’s where we are,” I declared, pointing to South Carolina. Then I spun the globe and pointed,” This is where my daddy is on his navy ship. This is Japan,” Then I picked up the bag and carefully lifted out my treasure. “My daddy sent me this doll. This is what Japanese women wear. It’s called a kimono,” I motioned at her brilliant scarlet garment covered in pink and yellow flowers.
Oooos and aaahs filled the room.

“Thank you, Teri for sharing your special gift with us.”

As a navy brat I loved show and tell. I’m sure my obnoxious eagerness wore  Mrs. Reeves out but I also think she appreciated the geography lessons I gave.

God knows we need show and tell. The first two thirds of the Bible show us faith through story. Then God elaborates through the epistles the precepts those stories illustrate. In my last two blogs I’ve shared some of His precepts on communication, rules for listening and speaking. I began my blog, 5 Rules for  Listening, by lamenting the effect of political correctness on our communication. Now It’s show time! What follows in this and my next blog are three examples of audacious communication that shatter our concepts of political correctness and cultural politeness. These shocking stories also show great listening and speaking skills; communication God used for His glory.

The curtain rises. In center stage is a pastor. His head hangs down. A pained look covers his face; his eyes red and puffy, his cheeks tear stained. On either side of him are three other men; the mayor, the police chief, and the high school principle. They are all silent but their brows are drawn together and their mouths twisted with sympathetic frowns. At the far end in the rear of the stage sits…someone. I wonder if a young stage hand forgot to get off stage. Then the drama starts as the police chief breaks the silence, “Pastor, just tell us what you’ve done! We’ll forgive you. You should confess your sin now before it becomes public.”

“If only that were the cause,” the pastor wails, “but I can’t think of how I could require such painful chastening.”

The all condemnation breaks loose as the three accuse the pastor. The pastor retaliates in self defense. The theater fills with the tension of the scene. The young man in the background seems just as drawn into it as the audience. Finally weary of argument, all four voices fall silent. We expect the curtain to close and the cast to prepare the next scene. Then the young kid in the back stands. He looks heavenward as though praying and drags his feet to take center stage.
“Eli what are you doing here?” gripes the principle.

“I’ve been concerned for Pastor too, I was hoping you would help him but you are just accusing him without any evidence. I’m really disappointed in how mean you’re being. Like soldiers shooting a wounded man. You ought to be ashamed of your selves…” Now we realize the young kid is an actor playing Eli, a high school student. He continues a twenty minute rant against the older, well respected men then turns to the Pastor and reminds him God answers to no one, telling the pastor his conversation had been out of line too. The other four characters along with the audience gasp in disbelief at the audacity of the angry youth. Are you getting a sense of how incensed they were? 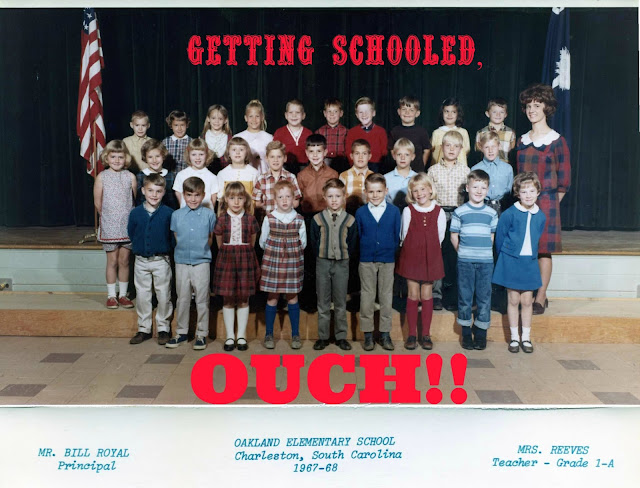 Welcome to a modern day retelling of Job. Sandwiched between the six major characters of Job; The Lord, Satan, Job, and three miserable comforters, speaks an almost forgotten voice. His name was Elihu. What he says of himself and God’s silence concerning him, reveal a few important facts. He was by his own admission much younger than the other four men. The fact that he waits until everyone else exhausted their words shows he was both humble and patient, a good listener. His message in Job 36-37 communicates his unbridled passion for truth. When God rebukes Job and convicts the other three friends Elihu is not mentioned. God’s never addresses Elihu, confirmation that his words were righteous.

In most cultures throughout history youth are taught to respect their elders. An old Victorian expectation, still held in some circles, is “Children should be seen, not heard.” The Bible teaches the younger to respect the older but what if the elders are teaching falsehood or need correcting? Does God prohibit those younger from rebuking them? Of course not! He used Elihu for just that purpose.

How do we handle criticism or correction from those junior to us? I hope we listen to them the way we should listen to everyone, with a humble, gracious spirit. We old dogs just may learn some new tricks.

Next Friday I’ll share another shocking tale. Hope you join me for some more show and tell.

Father, please, give us teachable spirits even when the teacher you send our way may be a young whipper snapper.
Posted by teri gasser at 12:00 AM