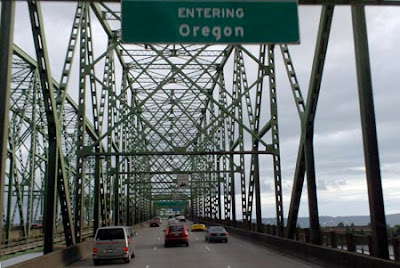 Twilight approached as I drew near the I-5 Bridge across the Columbia River. My drive south from Seattle evolved into a sentimental journey. The day before, I moved my youngest daughter into her dorm at Seattle Pacific University. Now I was within an hour of home in Hillsboro, Oregon, the west Portland metro area. All of a sudden reality slammed me like a tsunami; my four children lived in four different states. My youngest had just begun his freshman year in high school. Four short years and he’d be leaving too.

My throat tightened, I swallowed hard. Tears flowed down my cheeks. My emotions tumbled, a mix of foam, sand, water, and salt, a wave so furious my heart couldn’t distinguish a single sentiment. There were so many. My conversation with God, which had begun two hour before as I set off for home, hit pause. I listened. Then Mark Harris began singing on the radio.

This song served as my parental anthem since I first heard it two years prior. The Holy Spirit whispered through Mark’s music, “This is what I filled your quiver for. You and Bill are My warriors and your arrows are well shot.” I wept with an odd joy over my emptying quiver. It was a good thing, not an easy thing but a good thing.

God met with me on the I-5 Bridge that day. He held my tumultuous heart. He caught my tears in His bottle. He sang to me with His Servant Mark Harris’ voice. Most of all I began to understand better the swirl of emotions God encountered as His own Son left to accomplish redemption; the pain, sorrow, grief all for a greater joy and fulfillment. That day as I launched my youngest daughter God gave me perspective. My sacrifice paled in comparison to His but it still helped me understand a little more of how much we matter to Him.

Six years later my four children still live in four different states and none of them live in Kansas, my current state of residence. Yes, I miss them but my husband reminds me, “What warrior shoots arrows at his feet?” I accomplished what God intended. I spread my influence from coast to coast, north to south. So joy over shadows any sadness concerning my now empty nest. 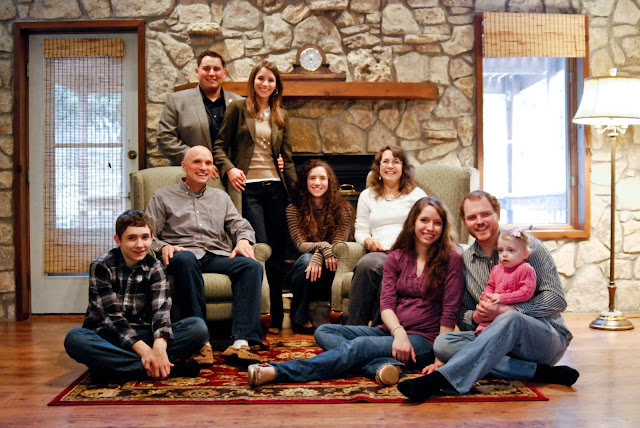 Gathering my little flock, that now includes grandchildren, rarely happens. The last time we were all together was two years ago.  Last year I enjoyed having all four of my kids together for my grandma’s 100th birthday but my husband, Bill, was deployed to Afghanistan. Working to mesh the lives of the now eight adults (this includes two son-in-laws) in our family so we can be in one place at one time is tough. When the blue moon occasion does occur, it swells and breaks like a tidal wave too. But this wave crests as one of joyful pandemonium.

I thought we would succeed in coming together the first week of August but my son won’t be able to join us. Seems three out of four happens more frequently. A year ago Christmas youngest daughter, Anna, couldn’t join us. Then this past May when we gathered in Texas for Jenni’s graduation from law school oldest daughter, Rachel, and her family were unable to come. This time Jon misses out. But I will chose to be thankful for any and each of my children God brings for a visit.

I treasure these precious visits. Together we reminisce and look forward to the future. Our third grandchild arrives this fall Lord willing. Our middle daughter moves from Austin to Huston to begin her new career as a lawyer. Anna the Washington State trooper will have tales to share of her policing adventures. We will cook, eat and pray together. We will pray for Jon and together feel his absence and miss his jokes.

I thank God for filling my quiver and I praise Him for the arrows that He let me shoot. I praise Him for the tsunamis of launchings and gatherings.  I don’t know what will be but I do know Who holds it all in His hands. And I know He is good.
Thanks for joining me in my moment of nostalgia. This song seems an appropriate ending. ENJOY!


https://www.youtube.com/watch?v=Y7PrQX-bGCI
Posted by teri gasser at 7:30 AM