APauling? Putting the Rock in His Place 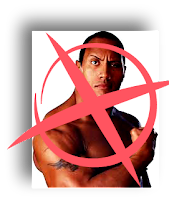 The Rock, no not Dwayne Johnson, the original Rock, Peter, preached the Gospel in Jerusalem at Pentecost and three thousand souls were saved. The Rock walked on water. The Rock gazed at the transfigured Christ along with seeing Moses and Elijah. Not just one of the twelve, the Rock was one of the three closest to Christ. The Rock, the third person to see the risen Lord, ate breakfast with Jesus on the shore. The Rock who received a net breaking catch of fish, not once but twice. Peter, a leader of the apostles, was the first pastor of the first church of Jerusalem. So who did this Paul fella think he was confronting Peter of wrong doing publicly?! APPALLING!


Paul himself relays the account to us in Galatians 1:18-2:1-21. Here’s the Reader Digest version: Paul had traveled to Jerusalem to get a final word from Peter and the other apostles on whether or not the gentile believers needed to keep the law. Their unanimous decision was “NO!” So, Paul and Barnabas returned to Antioch to report the verdict. Sometime later Peter shows up with a delegation from Jerusalem to see how this fledgling church plant of gentiles fared. Then those conniving Judizers had their way with Peter. Seduced by peer pressure, Peter left the table where he was dining with gentiles and joined the Judizers. It was so junior high! Not surprising that the other Jewish believer began to follow Peter. Even Barnabas, son of encouragement, Paul’s fellow missionary to the Gentiles, picked up his plate and snubbed his gentile brothers.

That was all the hypocrisy Paul could stomach in one meal. He stood up walked over to Peter and let loose the sword. As Paul filleted the Rock like a fish, the Rock found himself between God and grace, a far worse place than between a rock and a hard place. Peter, who first brought the gospel to the Gentiles, sank like a rock in Antioch. Like an anchor drags chain links behind it, Peter was dragging others down too. James along with the writer of Hebrews warn teacher of their accountability for this very reason. People follow those who teach, YIKES! This is why we need each other. Peter possessed enough wisdom to stay in community. Being a team player saved him from error and kept the church from splitting down ethnic lines. Peter’s pride tripped him up but humility set him upright.

How different the story could have turned out if Peter took a self defensive tone, “How dare you, you Christian Killing latecomer! Who do you think you are talking to me like that?! I heard Jesus in person! I know the scripture as well as you, maybe even better!”  God be praised that is not how it went down. Peter repented. The Judizers got the paddling they deserved and I can eat bacon! Hallelujah! Can I get an “AMEN”? 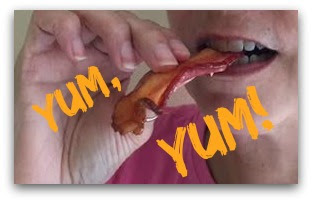 We are all prone to stumble especially over our tongues. I need people to correct me when I’m wrong. I don’t want to mess up the Gospel and find myself between God and grace leading other back into bondage. So please correct me when I misspeak. Trust me, I will correct you, not because I’m better and know more, but because I love you, the church, and the Word of Truth. Public sin screams for public rebuke to protect the flock from sheep rustlers. So let’s love truth more than our reputations. Let’s be appalling, non respecters of persons, who fear God and are fearless in the face of error.

Paul, Abigail, and Elihu shared a common trait. They all qualified as people-lovers not people-pleasers. In Edward T. Welch's book When People are Big and God is Small he describes people-lovers, "Only people-lovers are able to confront. Only people-lovers are not controlled by other people." People-lovers love people because they rest securely in both the love of fear of their Heavenly Father. People-lovers follow Gods directions for listening and speaking. Who do we love; God and people, or our own popularity? Godly communicators will never be popular. They will always be considered audacious but one day they will hear, "Well done!" from their Abba Father.

Have you ever heard a preacher or teacher miss speak or teach something contrary to scripture?

What did you do about it?

Father, silence is not always golden but the Golden rule is. We need to correct others just as we need to be corrected. Please give us wisdom and discernment to do just that. Protect your flock from error and protect those of us who teach from propagating it. Help us love people and please You! Amen


Next week a glimpse at grace. Hope you join me.
Posted by teri gasser at 12:00 AM