A New Perspective for a New Year: Part 3

It’s been longer than I anticipated since my last post. I intended to start a series and post weekly. I still intend to do this series, but contemplating what I need to say about the third command has taken me much longer than I expected. I also had a divine appointment to fly out to California for a few days to be with my aunt. She’s on hospice. I needed to say good-bye and tell her one last time that I love her. Now that I’m back, I’ll get back to it. 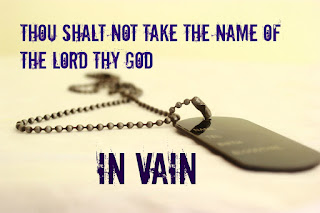 3.     11 “‘You shall not take the name of the Lord your God in vain, for the Lord will not hold him guiltless who takes his name in vain.


Before we can discover what this commandment reveals about God, we need to make sure we understand the command. The first time I remember hearing the third commandment I was in first grade. In her thick southern drawl my little friend declared, “Thou shalt not take the name of God in vain!” She must have heard my mother swearing. I asked her what she was talking about and she said it was sin to use God’s name as a swear word. This was news to me growing up in a sailor’s home with my French mother. I didn’t really think any more about it.

Years later, when I became a Christian I just assumed that’s what it meant. I think a lot of Christians are content with that elementary understanding of the third command, but there is so much more to it. This isn’t a simple rule against using “Jesus Christ!” as a superlative. This prohibits using the Lord’s name in a deceptive manner or treating His name like a good luck charm. The word for “vain” can be translated not only as futile, but also deceptive and idolatrous.


In the book of Jude, an epistle warning us against false teachers, three examples are given of a false prophet (a prophet who claims to speak in God’s name). These three serve as examples of taking God’s name vainly.


The first is Cain. Cain brought God an offering that God rejected. Why did God reject Cain’s gift? Because Cain gave with a wrong heart attitude. Cain gave God not the first fruit, but the leftovers. Cain believed he owned his possessions. If we claim to be Christ’s but think we own our things and give begrudgingly, we take His name in vain. As Creator of all He is owner of all.

Balaam used God’s name in vain when he became a prophet for profit. Do we go to church to network, build our own platform? Do we claim to belong to the Good Shepherd so we can fleece the sheep? Jesus came to serve not be served. We follow Him and honor His name when we serve Him by serving His body.


Last, Jude mentions the rebellion of Korah. Korah rejected God’s leadership by rejecting His leader Moses. Do we reject God’s leaders in our lives? Over and over Scripture calls us to submission. When we call ourselves Christians, but reject the authorities God places in our lives we are taking His name in vain. 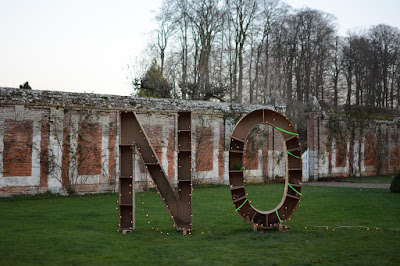 Jesus asks us, “Why do you call me Lord, Lord but don’t do the things that I say?” Luke 6:46. To call Him Boss and not respect Him as the Boss is what it means to take His name in vain. OUCH! Fortunately, the prophet Joel assures us, “Whoever calls upon the name of the Lord shall be saved.” Joel 2:32. By His grace we can call upon His name and He calls us His own, restoring us as His image bearer and revealing through us the power of His name. His name is not vain. It is mighty to save!


The third commandment reveals a God Who seeks relationship with us. He introduced Himself by name to Moses and the nation of Israel so they could become His community. He created people in His image so He can enjoy fellowship with His image bearers. This privilege must not be taken lightly. God will not be mocked. His name is Wonderful. We must not lose sight of the wonder of being His, of knowing Him by name. 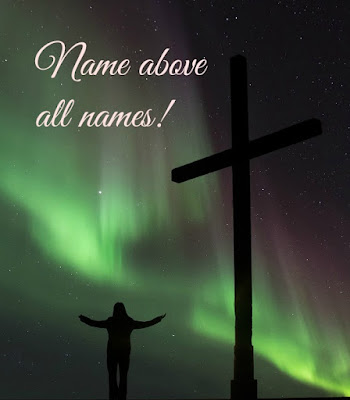 This command frees me to know One far greater than myself. It frees me from a self-centered existence ushering me into a right relationship with my Maker. It frees me from the power of sin and death because I can call upon His name and be saved!


Jesus, the Son of God, completed the work God gave him, never claiming God's name in a futile or deceptive manner. "Therefore God also has highly exalted Him and given Him the name which is above every name,  that at the name of Jesus every knee should bow, of those in heaven, and of those on earth, and of those under the earth,  and that every tongue should confess that Jesus Christ is Lord, to the glory of God the Father." Philippians 2:9-11
Dear Father,


As image bearers in a saving relationship with you let us bear your name well.

Email ThisBlogThis!Share to TwitterShare to FacebookShare to Pinterest
Labels: God's name, identity in Christ, name above all names, relationship with God, saved, ten commandments, vanity, what's in a name